A Message from Bobbo

What does 2019 have in store for Bobbo, the Clown Prince of Mirth? Let's find out in his latest dispatch from the front line of clowning...

“Was going to send a smoke signal  as you might have known that the first one I sent said “HELP, MY BLANKET  IS ON FIRE!” ...and then I was going to send it by Morse code, but as I was  in need of a slash I didn’t bother ...and as I already sent you a postcard with last year's news, I thought of sending you a tin of meat, but as most folk don't read their SPAM  mail I didn’t  bother.

“I was going to send you a old style pen and paper letter as I once had dancing lessons through  the post but some went missing and I don't know where they went, so I asked my postman if he knew and he said he didn’t, as he fox trotted  down my lane. The butcher did tell me that this year the Post Office is bringing out a set of stamps with well known ladies of the night on them. The price is 45p, but if you lick them they go up in price  to £2 .

“I was then  thinking I could tell you my news on the phone but Trump and May are constantly calling me for advice. As Mr T said, “Since this clown is trying to run the USA I might as well get advice from a professional clown.” Mrs May, meanwhile, has told me she has more important things to worry about, like what will all the HGV drivers eat if they can't have a full English breakfast -  or was it brexit she said?

“So after all that thinking  I thought  I’ll send you a Facebook message, as most people now put everything on Facebook, like what they had for dinner and where they are. It's just a pity Facebook was not around before as we then might have found Lord Lucan and my marbles, as I lost them a while back.

"So here is my news. From March, I will be touring the UK with a circus again, not just a short time like I have done for the last two years but from March till November. I will still be playing homage  to the past masters of clowning but trying to bring it up to date a little. Not too much. I will still keep the red nose and the baggy trousers as lent to me from Boris Johnson. So looking forward to seeing old friends and hopefully  making new ones along the way, and maybe seeing you on the road somewhere.

"PS, not the complete fool, as some parts missing.”

What big top will Bobbo be appearing in? Watch this space for further news. 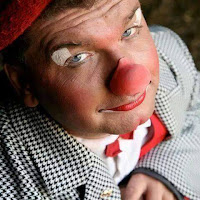 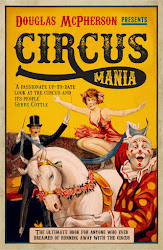 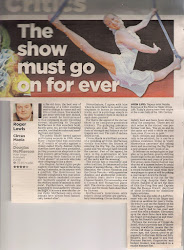 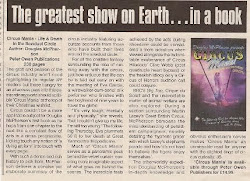